I returned from a long flight in early March of 2020. I have a routine when I travel, and part of that routine is reacclimating myself to the time change, and mentally gearing up for work the next day. As I checked my work email, I received what many others would this month – an order to work from home, to limit contact, and for anyone recently traveling to stay at home.

I am sure I am not the only one to feel a sense of disruption – no, that does not quite describe it. More like my life simply put on hold, like a giant pause button was pressed somewhere. I spent a week or so just trying to establish a sense of routine, made even more difficult by the constant barrage of bad news.

A sort of depression or malaise set in; this was following one of the busiest periods in my life, where it seemed I did not have a spare minute anywhere. Now, it felt like I had too much time, and the heaviness of it weighed on me. I had a clear set of goals, an upward progression, and a clear view of what I wanted. Somehow, in this turbulence, I lost all of that.

After a few weeks, I realized that time was not slowing down. I was slowing down. I had taken my foot off the gas and coasted to a near full stop. I had lost a lot of work due to cancellations and postponements, and I let that failure replace all of the good intentions I had. Somehow, I had to get unstuck.

There are many displaced and stay at home workers right now as I write. It is to you, those that need to start over again.

First of all, you have to change your focus. There is an adage that whatever you focus on the most becomes larger. I had to shut off the news. There was little that I could do about it anyway. That is not to say that I didn’t follow current events, but I had to keep them in their place, and so I had to limit my time listening to it.

Second, I had to have something new on which to focus. I could fill this time creating new Spotify playlists, streaming television series I had missed, or reading up on all of those books that I never seem to find the time to read. I could start an exercise at home regimen, or focus on my diet. (Pro tip: hard to do during a quarantine!).

But, at the end of it all, what would I have to show for it? If you want a life like no one else has, you have to do what no one else does. So, refocusing on my career, I found some things that workers-from-home can do to directly impact their career once that giant pause button is pressed again.

Networking is still possible. Yes, going to conventions and meetups is definitely out. How about joining a Discord or virtual hangout? Even better yet, what about a virtual convention? Here are some to get you started:

Or, maybe you would like to go through the archives of past conferences, such as PancakesCon.

You could always replay the SANS Holiday Hack Challenge, open year-round. Sure the competition is over, but you can still get the experience!

Now is the time to deep dive into those CISSP lessons, or pursue another certification, or catch up on CE/CPE’s. Here are some training resources to consider:

Lastly, you could take this time to go the entrepreneur route – try some bug bounty hunting, write a blog series (Pro Tip: The National Cybersecurity Student Association is a great place to start your blog), or create an instructional video series! Now would be a great time to submit a Call for Proposal such as the one for Community College Cyber Summit (3CS): https://www.my3cs.org/proposals. Deadline is April 5th, 2020.

Don’t let the massive amounts of time stuck at home go by staring at a news ticker. Use this time to recharge, retool, refocus, and get unstuck! 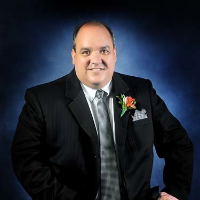 Cybersecurity Threats that Society Needs to Watch Out For in 2022

My Time At WiCyS (Women in CyberSecurity) Cleveland 2022